British Gas: get a smart meter or we’ll charge you an extra £300 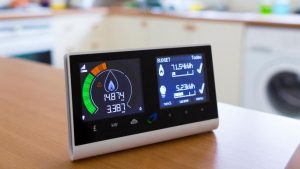 Britain’s largest energy firm is refusing to offer its cheapest deal to customers unless they agree to have a smart meter installed.

Any British Gas customer who sticks with a traditional meter will have to pay almost £300 a year more on average for a dual-fuel tariff.

British Gas’s lowest-cost tariff, Energy Plus Protection Green, fixes rates until May 2020 and costs £938 a year for average consumption. A customer who takes the deal but declines to have a smart meter installed within three months of signing up will be switched to a deal costing £1,228 a year on average.

Energy suppliers are obliged to replace Britain’s 50m analogue meters by the end of 2020 or face huge fines. Only about 15m have been replaced.