Wireless headphones could ‘pump radiation into your brain and cause cancer’ 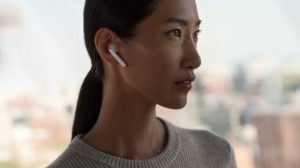 Wireless headphones can mainline radiation directly into your brain and could cause cancer, it’s been claimed. A top biochemist has suggested that earbuds pose a major risk because ‘their placement in the ear canal exposes tissues in the head to relatively high levels of radio-frequency radiation’. His warning comes after 250 doctors and scientists signed a petition to the UN saying smartphones, wifi base stations and even baby monitors pump out dangerous non-ionizing electromagnetic fields (EMF). In an article on Medium, Jerry Phillips, professor of biochemistry at the University of Colorado at Colorado Spring, said there is evidence which ‘indicates potential concerns for human health and development from all technologies that operate at radio frequencies’.