Why thousands of people are opposing high speed internet in Liverpool 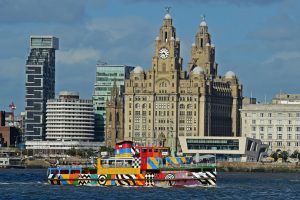 Thousands of people have signed a petition opposing the introduction of 5G high speed internet in Liverpool. The technology is being tested in Kensington as part of a joint effort by a number of organisations including the council and the NHS.

The project in Liverpool is focused on tackling loneliness among the elderly and carers, with healthcare professionals hoping it can provide a new way for them to care for and connect people. But as of June 15, 4,715 people had signed a petition demanding that the technology be suspended in the city, part of a much larger fight against the technology.

Since its development, 5G has been at the centre of numerous claims about adverse health effects – despite government guidance that it is safe to use. The petition opposing its use in Liverpool, started by Lisa Sweeney says that ‘accumulating research’ has shown 5G can cause human and environmental health problems.