US meteorologists worried over 5G roll-out 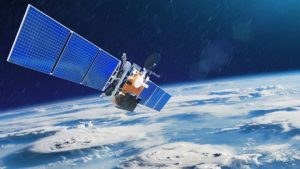 Signals from weather satellites could be disrupted by 5G mobile data networks in the US, meteorologists have warned.

US forecasters have expressed concerns about 5G radio interference before, but now a group of scientific bodies has written to the Federal Communications Commission (FCC) over the issue.

The joint letter, spotted by news site The Register, says the situation is “deeply concerning”.

It asks for an auction of radio spectrum for 5G uses to be delayed.

Interference caused by increased communications activity could delay the reporting of important weather information to the public – for example during hurricanes – according to the American Geophysical Union, American Meteorological Society and the National Weather Association.

They argued that the weather networks they rely on are “crucially important for public safety and scientific research”.

“The loss of seconds can mean the difference between safety and grave risk to life and property,” wrote AccuWeather executive Jonathan Porter in a separate letter to the FCC.

Satellites beam images of the Earth to meteorologists and they also send data gathered from thousands of ground-based sensors.

The organisation that wants to use the band of spectrum in question – 1,675 to 1,680 MHz – for 5G purposes is called Ligado Networks.

In its own letter to the FCC, Ligado said failure to allow 5G use within the band would “lead to the inefficient allocation of this prime, lower mid-band spectrum – something the US can ill afford as it attempts to win the race to 5G”.

The firm argues that weather forecasters could instead download weather data via internet services.

However, the National Oceanic and Atmospheric Administration has monitored how quickly such technologies can deliver photographs of the entire Earth, known as “full disk imagery” – and found them to be too slow.

“Earlier in June 2019, the latency of full disk and other images were regularly as high as three to seven minutes, far too significant for timely weather bulletins,” the three meteorological organisations wrote in their joint FCC letter.

How much interference may be caused depends largely on where new 5G networks spring up, said Prof William Webb, independent consultant and author of the book The 5G Myth.

“If it’s only deployed in city centres it probably won’t cause interference, but if it’s used in large volumes near the meteorological sites then yes it could,” he told the BBC.

The GSMA – an organisation that represents mobile network operators – has said that it believes that 5G services and weather sensing services can co-exist.

“We cannot allow these scare tactics to prevent us from reaping the huge societal and economic benefits of 5G networks,” said Brett Tarnutzer, the trade body’s head of spectrum.

“We urge everyone to simply look at the facts and not get drawn in by misleading rhetoric.”