The First Report of 5G Injury From Switzerland 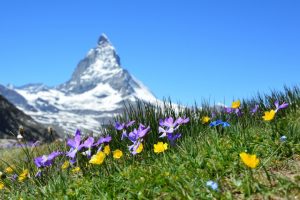 The first reported injury of 5G in a news report comes from Switzerland, where 5G has been launched in 102 locations.  The weekly French-language Swiss magazine L’Illustré  interviewed people living in Geneva after the 5G rollout with alarming details of illness. In their article, With 5G, We Feel Like Guinea Pigs, posted July 18, 2019, they report neighbors met to discuss their many common symptoms and many unanswered questions.

5G: Its Legal but Not Safe

As soon as the antennas were installed, several residents and entire families in the heart of Geneva reported similar unusual symptoms of loud ringing in the ear, intense headaches, unbearable earaches, insomnia, chest pain, fatigue and not feeling well in the house. 29-year-old Geneva resident, Johan Perruchoud, called up Swisscom and was told that indeed the 5G cell towers were activated on the same day he began to feel the symptoms. When  others called Swisscom they were told everything is legal and within guidelines.

Swiss Physician Denounces 5G and Calls for a 5G Moratorium

Dr. Bertrand Buchs, who has also called for a 5G moratorium, states he has seen more and more patients with similar symptoms. He notes, “In this case, our authorities are going against common sense … we risk experiencing a catastrophe in a few years… no serious study exists yet, which is not surprising when we know that this technology was developed in China, then to the United States. In Switzerland, we could open a line for people who feel bad, listen to these complaints and examine them. Our country has the means and the skills. The debate must be launched because the story is not about to end.”

These stories parallel that of Anne Mills, author of “All EMF’d Up”, who suffered wireless radiation poisoning in Germany when her husband was stationed there for work. She wrote a diary with identical symptoms of those in Geneva. As noted in the Swiss magazine L’Illustré article, her concerns, like those in Geneva, were dismissed. She consulted with German physician, Dr Horst Eger, to confirm her symptoms were that of microwave illness seen in military radar personnel and those working on microwave towers.  All EMFd Up (Electromagnetic Fields): My Journey Through Wireless Radiation Poisoning and How You Can Protect Yourself. (2019)Anne Mills

“Mystery Illness” In Cuban and Chinese Diplomats is Microwave Poisoning

The New York Times and CBS reported unexplained symptoms in diplomats living in China and Cuba in 2017 and 2018. The source was found to be microwave radiation.  UC San Diego Professor of Medicine, Dr. Beatrice Golomb, published an article in Neural Computation in September 2018, discussing the symptoms of the diplomats living abroad. The symptoms that diplomats and their families experienced, i.e. sleep problems, headaches, strange auditory sounds, anxiety and dizziness were similar to those with microwave illness reported in military studies from pulsed microwave radiation.  See Cuban Diplomats Likely Hit by Microwave Weapons.

Many Others Suffer Microwave Illness/Electrosensitivity

It is reported that 3% to 30% of the population have symptoms similar to Microwave illness or electrosensitivity, depending on the country and if mild to severe symptoms are reported.