Scots health will be at serious risk from new 5G mobile network, a top scientist has claimed 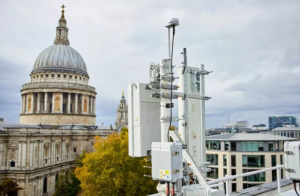 A top scientist claims Scots’ health will be at serious risk from the 5G mobile network.

Martin Pall fears radiation could damage brains and fertility within just five years. The Professor Emeritus of Biochemistry at Washington State Uni in the US is among 235 medics and scientists urging EU chiefs to halt the roll-out. Ahead of its launch in Edinburgh on Thursday, Prof Pall said: “We are committing mass suicide. The safety guidelines are bogus.

“They do not predict biological effects. There are so many health impacts — attacks on the DNA of cells, life-threatening cardiac effects and cancer.

“I believe we’ll see a crash in brain function in five to seven years. We’ll have a crash in our reproductive function sooner.”

Telecoms giant EE — which is to launch super-fast 5G in six UK cities this week — said health fears were based on a “misunderstanding” of the tech.

A spokesman added: “There are no proven health concerns. There are strict rules on the amount of power that can be broadcast. All 5G will be within guidelines.”