Is 5G bad for you? Protesters to storm City Hall to end roll-out 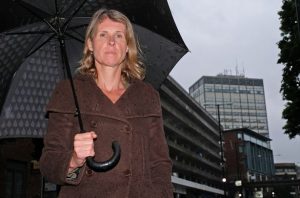 Campaigners are set to interrupt a council meeting in protest at Bristol’s roll-out of 5G.

The service, which allows faster phone data speeds, has been operational in the city since July 3 on the Vodafone network.

A total of 5,351 people have signed a petition calling for Bristol City Council to switch off the network over radiation fears.

Montpelier nutritional therapist Sally Beare, who launched the petition, has announced 5G protesters will storm City Hall during the full council meeting at 5pm on July 16.

They want the council to follow Geneva and Florence in adopting “the precautionary principle”, halting 5G until there is more information to show it is safe.

Ms Beare thinks at least 30 people will join the demonstration. They will spend half an hour holding placards and talking to passers-by in College Green, before going into the meeting.

She hopes the petition will soon have 3,500 Bristol postcodes, which would trigger a council debate. It currently has 2,500.

A separate petition against 5G, signed by 235 scientists and doctors across the world, warns the network will “massively increase” people’s exposure to mobile phone radiation they say could cause cancer.

The council has said it does not have a 5G strategy, which has sparked fears over where the masts have been placed.

Ms Beare said: “All of the power is with the telecoms companies. They could decide to put a mast by a primary school and no one could do anything about it.”

Vodafone told Bristol Live it would not release a list of its Bristol 5G mast locations, but you can see a map showing the strength of the connection across the city here.

Ms Beare said she first became passionate about the issue around six months ago when she happened across a statement made by Washington State University’s Dr Martin Pall.