WiFi may interact with signaling pathways in the brain, causing irreversible damage 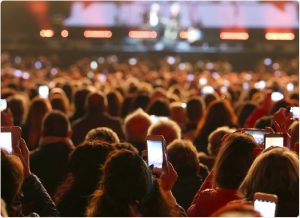 The effects of repeated WiFi exposure on human health have been widely debated. A recent study reviewed evidence from 23 controlled scientific studies which investigated the health effects of WiFi on animals, human cell lines, and humans to determine once and for all, whether WiFi has a detrimental effect on human health.

A 2015 study argued that more pulsed an electromagnetic frequency, more harmful they are for biological specimens. Researchers have also tried to determine the dose relationship between WiFi exposure and biological effects, and found that a specific intensity range of electromagnetic pulses may produce maximum effects, and this may drop off at lower and higher intensities.

When the impact of pulsed electromagnetic frequency was observed in the brains of mice, it was found that exposure for 1–2 months was relatively modest and that the changes were reversible after removing the trigger. However, months of exposure led to severe irreversible effects on neurons and the brain. These results suggest that the changes induced by pulsed electromagnetic frequencies accumulate over time, with harmful long-term effects.