The Truth About 5G and Wi-Fi with Barrie Trower 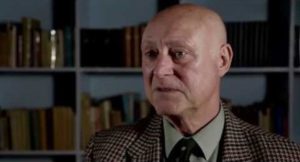 Barrie Trower, an independent research physicist, reveals the shocking truth about 5G and Wi-Fi and the consequences it has not just on our health, but also on the impact on future generations, especially children and wildlife.
Barry is THE expert on 5G and microwave technology…..not to be missed.
This is a free event.
Barrie’s Biog:
Trained at the Government’s microwave warfare establishment for the Royal Navy.
Worked with the R.N. underwater bomb-disposal unit which involved the training in microwave warfare.
Served in the conflicts in Borneo, Aden and the British West Indies. Was a teacher at the country’s top secure unit which housed spies and a part of his brief was to obtain information
on matters relating to his knowledge, i.e. microwaves.
He is the author of the TETRA report for the Police Federation of England and Wales
First degree in Physics – University of Exeter
Second degree (research) with honours – Council for National Academic Awards
Teaching diploma in Human Physiology