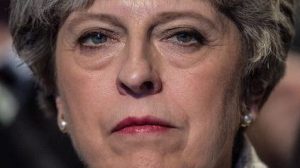 Theresa May has given the green light to a Chinese telecoms giant to help build Britain’s new 5G network despite warnings from the US and some of her most senior ministers that it poses a risk to national security.

The National Security Council, which is chaired by the Prime Minister, agreed on Tuesday to allow Huawei limited access to help build parts of the network such as antennas and other “noncore” infrastructure.