The Miseducation of Britain on 5G: the Guardian Also Gets it Spectacularly Wrong 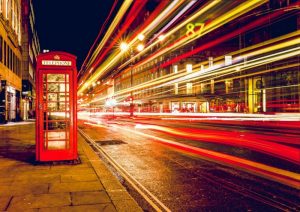 Thanks to the Guardian’s latest piece asserting that concerns over 5G rank right up there with conspiracy theories claiming man never set foot on the moon, I now have something in common with British Member of Parliament, Tonia Antoniazzi. My sensible adult daughter recently asked, “What do I tell my friends who ask if you have gone off the rails buying into this Russian conspiracy that says 5G is dreadful?”

The Guardian reported today that Labor Party member, Antoniazzi, had to set aside similar queries from her family when she insisted on raising concerns about the health and environmental concerns over the roll-out of the British variant of 5G.

Here why I am with the esteemed Member of Parliament on this one. We agree with the Right Honorable Antoniazzi, that assurances from the government that all is well are hardly heartening. After all, this is the same government that for decades claimed that prenatal X-rays were of no consequence, protecting the nuclear medicine industry, ignoring the research of medical campaigner, Alice Stewart showing clear dangers to pregnancy.

The Guardian gets it right that fears over the health effects of telephony are widespread. Here’s why. In 2011, an independent group of expert scientists advising the International Agency for Research on Cancer examined all the available information and concluded that mobile phone radiation constituted a “possible human carcinogen” — the same category as jet fuel and some pesticides. Since then scientific evidence showing harm has mounted.

In addition to evidence of significantly increased brain cancer risk in those who began using phones half an hour daily or more a decade ago, confirmation of risk comes from the fact that today the Cleveland Clinic advises men who wish to father healthy children to get phones off their bodies, published studies having demonstrated that close contact to phone radiation lowers sperm numbers and quality.

and occur at greater distances? Remarkable studies carried out in India have pinpointed significant amounts of biochemical markers in the blood of those living nearest to phone masts compared to others without such exposures, and these indicators are quite like those known to be tied with increased risks of cancer and neurodegenerative diseases. Experimental studies of the same types of frequencies used by phone masts have been shown to cause rare forms of cancer and DNA damage in rodents exposed under controlled conditions.

What of claims of sensitivity to electromagnetic fields associated with headaches, insomnia, memory problems, and more serious health problems? As the majority of us experience no such discomfort, studieshave found that those reporting major symptoms from electromagnetic radiation have significantly fewer enzymes in their blood that are known to be critical to removing toxic agents from the body — detoxifying agents such as glutathione — and a host of other impaired biomarkers. In fact, an entire medical conference will take place next month in order to train clinicians in how to diagnosis and treat such disorders which appear to be increasing in industrial nations.

It is disappointing to see The Guardian report industry talking points calling the growing scientific research in this field, “alarmist,” “sensationalist,” and presumably without merit. Try telling that to the Swiss publicly and privately supported foundation researchers that develop the methods for studying these phenomena. They recently reported to an expert meeting on bioelectromagnetics that pending proposed standards for 5G will allow 4 times more radiation than current limits that are set solely to avoid skin raising temperature.

They added this important determination:

“In view of the longevity of standards and the rapidity of technological changes, standards should be intrinsically safe and consistent, rather than dependent on implicit assumptions about current and future technological limitations; furthermore, it should be noted that pulses shorter than 1 µs are already foreseen in current 5G technology (source: Qualcomm) In summary, while the surface energy deposition approximation produces quantifiable overestimations, the conclusions… that full exploitation of the proposed guidelines can result in substantial temperature rises that are inconsistent with the framework of safety standards, remain valid.”

Three years prior to this authoritative Swiss report, more than 240 other experts in the field urged the United Nations to seek more independent research on 5G, noting that a number of the expert advisory groups that are engaged in the issue have been captured by the very industry they are supposed to advise. This is a matter thoroughly documented by Investigate Europe, in a recent posting correctly referencing 5G as a mass experiment.

Apparently unaware of the massive evidence on the matter, The Guardianimplies that the unpublished studies of Prof. Martin Pall, and a series of reports on the Russian-government sponsored television channel, RT, comprise the principal evidence on the topic, unaware that an entire issue of a peer-reviewed publication, Environmental Research, 2018–19, has been produced on wireless radiation and health, showing extensiveevidence of increased harm to humans and the environment from current levels of nonthermal microwave radiation, or the body of studies showing harms to eyes and even to pollinating insects (that form the backbone of agriculture) and continues to mount even as this comment is being drafted

So, then why is avoiding heating the foundation for current standards and what could all this possibly have to do with climate?

While it is true that 5G millimeter waves only reach just beneath the skin surface, such exposures can be hazardous, as those struggling with sun-induced melanoma can attest. Keep in mind that current FCC guidelineswere set solely to avoid heating when phones cost thousands of dollars each and gasoline sold for less than $2.00 a gallon — more than two decadesago.

Ironically, Finnish experts in evaluating energy consumption report that the increase in demand for use of mobile data could well swamp the numerous expected efficiency gains of the internet. Yes, digital technologies can make major gains in operations for energy supplies, connectivity, and applications, while improving safety and accessibility, but this may well come with increased greenhouse gas production. No one can predict that energy growth will offset efficiency gains.

There are new and important security threats that could be substantially reduced, if 5G were to be wired for those high-priority uses such as national and local security. As cybersecurity expert,Timothy Schoechle, had pointed out, wired landlines provide far more security and have already been paid for many times over through industry subsidies that have often been misappropriated for wireless infrastructure. Between 2012 and 2015, energy consumption of the wireless cloud nearly quintupled, but improved efficiency appears unlikely to offset tremendous growth in demand.

5G will use all the frequencies we are using now and add in new frequencies- millimeter frequencies that range from 5 billion up to 100 billion cycles a second, in contrast with 2.4 billion cycles a second of 4G phones, and will beam-form signals from antennas to handsets and back to allow faster access. Movies and games — the major use of 5G on phones — can be downloaded in seconds, but for phones to work in the foreseeable future, they will need to rely on 4G for voice. This means that every time a new 5G wireless antenna goes up it will include within it 4G technology. This brings wireless radiating antennas (ideally constrained to distances far from living creatures), directly to our bedroom chambers, playrooms, and schools. Therefore, the proposed 5G systems result in antenna densification.

What can be done?

Bringing ultra-fast speeds to military, police, fire, hospitals and businesses makes a great deal of sense, providing that this remains, as it is now, wired. Keeping things wired will provide more speed, security and safety as opposed to sending beam-forming signals critical to 5G closely into where we live, work and play.

The Guardian should extend the Right Honorable Member, Antoniazzi, an apology and a debt of gratitude. Those who raise uncomfortable truths are often pilloried for doing so. But we owe them all a vote of thanks, not ridicule more appropriate for an old Punch and Judy show.