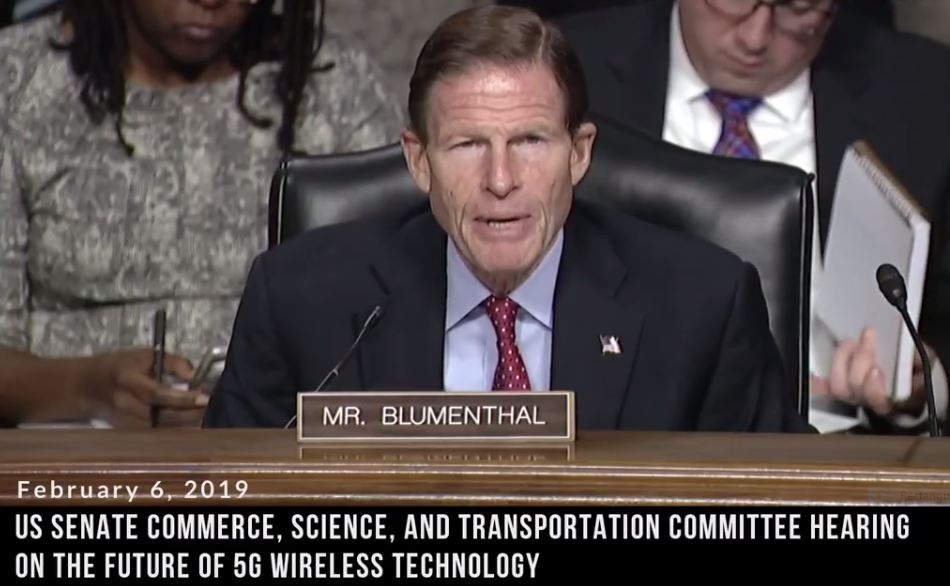 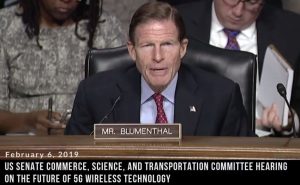 [WASHINGTON, DC]— During today’s Senate Commerce, Science, and Transportation Committee hearing on the future of 5G wireless technology and their impact on the American people and economy, U.S. Senator Richard Blumenthal (D-CT) raised concerns with the lack of any scientific research and data on the technology’s potential health risks. The full video of Blumenthal’s statement and exchange with industry representatives can be found here.

Blumenthal blasted the Federal Communications Commission (FCC) and the Food and Drug Administration (FDA)—government agencies jointly-responsible for ensuring that cellphone technologies are safe to use—for failing to conduct any research into the safety of 5G technology, and instead, engaging in bureaucratic finger-pointing and deferring to industry.

“If you go to the FDA website, there basically is a cursory and superficial citation to existing scientific data saying ‘The FDA has urged the cell phone industry to take a number of steps, including support additional research on possible biological effects of radio frequency fields for the type of signals emitted by cell phones.’ I believe that Americans deserve to know what the health effects are, not to pre-judge what scientific studies may show, and they also deserve a commitment to do the research on outstanding questions,” said Blumenthal.  “So my question for you: How much money has the industry committed to supporting additional independent research—I stress independent—research? Is that independent research ongoing? Has any been completed? Where can consumers look for it? And we’re talking about research on the biological effects of this new technology.”

At the end of the exchange, Blumenthal concluded, “So there really is no research ongoing.  We’re kind of flying blind here, as far as health and safety is concerned.”

In November 2018, the National Toxicology Program released the final results of the longest and most expensive study to date on cellphones and cancer. Those studies found “some evidence” of a link to cancer, at least in male rats. However, the study only focused on the risks associated with 2G and 3G cell phones. The latest 5G wireless technology relies on the deployment of many more new antennas and transmitters that are clustered lower to the ground and closer to homes and schools. There has been even more limited research with respect to the health ramifications of 5G technology, and the FCC has thus far failed to adequately explain how they have determined 5G is safe.