Judge REFUSES to gag anti-5G street light campaigner, stating: ‘The public have a right to know’ 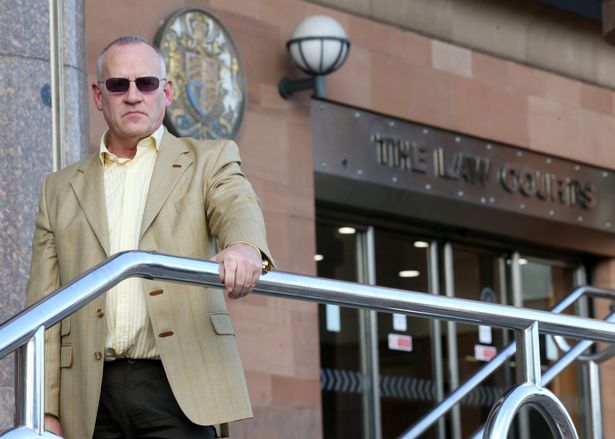 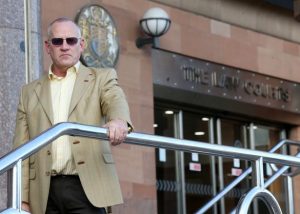 A judge has refused to ‘gag’ an-anti 5G lighting campaigner, ruling the issue SHOULD be debated.

The council denies this and applied for an injunction to limit what the 57-year-old could even post online about 5G.

But Recorder Nolan QC said he refused to ‘gag’ him, adding: “The public have a right to know.”

Outside the court, protesters – some dressed like World War One soldiers – used microphones to air their 5G concerns.

Inside the court, a packed gallery – including a small child – heard claims Steele had harassed an array of council staff and councillors.

It heard Steele accused one worker of “crimes against humanity” for their involvement with the lights.

One was branded a “murdering c***” while another, repairing a streetlight, was called a “baby killer”, the court was told.

“I said do you know [the lights] are capable of killing babies,” Steele recalled in his evidence on Thursday.

He claims that worker, like several of the alleged harassment victims, “laughed” at him.

And speaking after the Newcastle County Court hearing, Steele said he’s aware he’s been ridiculed at times for his beliefs.

These, the court heard, include claims 5G is linked to birds and bees dying across Gateshead.

“I don’t blame anyone for laughing,” he told ChronicleLive.

“I’m an expert in this particular field and I find it unbelievable and I don’t expect anyone not find it nonsensical.

“But this is happening.”

But now Steele has offered an olive branch to Gateshead Council, urging bosses to sit down and discuss the issue with him.

And despite not being ‘gagged’, the judge did impose three conditions on Steele as part of a watered down two-year injunction.

The conditions prohibit him from breaking harassment laws and limit who he can film.

Imposing the new order, Recorder Nolan warned him: “I’m not going to give you a gagging order – I’m just going to ask you to behave yourself.”

During the hearing, Steel had denied the council’s claim his behaviour had gone over the top.

Outside, he said he had “acted proportionally”.

“The children in my locality are bleeding from the nose – they are suffering from this technology,” claimed the Percy Gardens inventor.

In court, he claimed a series of boffins – including some at the prestigious Harvard University – now support his 5G fears.

“We don’t know how these conspiracy stories start, but we are happy to report that this is exactly what these are,” they wrote in a Facebook statement in April.

“These tales are completely untrue and you should ignore them.

“Please be assured that there is no scientific basis or credible evidence for any of these scare stories about street lights causing cancer and other illnesses.”

Science or not, Recorder Nolan said Steele had put a “tremendous amount of research” into the 5G debate and that his voice should be allowed to be heard.

“It is an area which I can accept there is an area of public concern,” he added.

“And the public have a right to know – this is a free country.”

A Gateshead Council spokesperson said: “We are pleased that the court agreed with the council that Mr Steele’s threatening and intimidating behaviour towards our staff and councillors was unacceptable and made an injunction order preventing him from continuing this behaviour for two years.

“Any breach of this order could result in Mr Steele’s arrest and imprisonment.

“This injunction was always about the safety of our staff and councillors, which we take very seriously, and not about preventing Mr Steele engaging in lawful activity.”